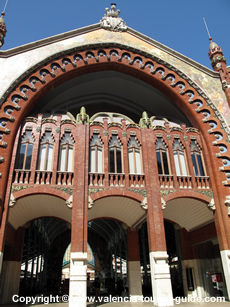 The Mercado Colon - a modernist building in Valencia
Valencia is one of Spain's most important cities, and it boasts a long and interesting history. Its influences are taken from a variety of sources including the Moors, Christians and Romans. This is all reflected in the architecture and atmosphere of the city. This page will offer you an insight into the history of Valencia, with information on what different areas and buildings reflect different periods in history. It will also provide links to pages where you can find further information on where to go to discover more about the history of Valencia.

The city of Valencia was founded in the year 138 B.C. By the Romans. They started by building the Forum in the Plaza de la Almoina (to be found in Valencia's old town - El Carmen). In 714 the Visigoths arrived in Valencia after the Romans and Muslim rule was established in the city. This continued until 1238 when King Jaime I expelled the Moors from the city. The Moors may have been banished from the city, but they left a mark that remains to this day in the artistic influences, recipes and water system to be found in the city.

The Renaissance Period in Valencia 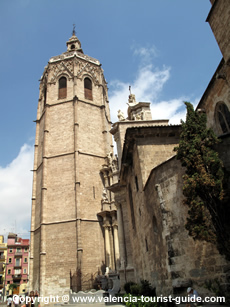 The Golden Era of Valencia is said to be during the 14th and 15th centuries in Valencia. This was a time when the economy flourished due to agriculture and maritime trade. This meant that lots of emblematic buildings were constructed during this period. The buildings include the Valencia Cathedral, the Torres de Serrano, the Torres de Quart and the Silk Exchange (called La Lonja). During this period there was also a surge in the arts - meaning that it has been coined the Renaissance period. During this time the Palau de la Generalitat was built - this is the building that is now the headquarters of the Valencia Regional Government.

Other buildings that are considered to be important from this period include the Basilica of the Virgin de los Desamparados, the Marqués de Dos Aguas Palace, Plaza Redonda and the San Pio V Museum of Fine Arts - these date from the Baroque era and the period of Enlightenment. 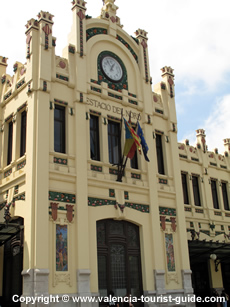 Another period that is of significance to Valencia history is the creation and continuation of Modernism. This is an architectural style that was pioneered by the likes of Gaudí in the twentieth century. It can be distinguished by its use of organic forms (many influences are taken from nature) teamed with art nouveau styles.

Valencia is one of the Spanish cities with a fair number of Modernist buildings. Buildings that are of note include the Estacion del Norte train station, the Mercado Central and the Mercado de Colon. The Mercado Central is the largest market building in Europe, covering 8,000 square metres and with 1,500 food stalls. The Palacio de la Exposicio is also worth checking out.

If you are a real fan of Modernist architecture, you will find less formal versions of it in the residential area of El Cabanyal, near the beach. For full details, see our Photo Route of El Cabanyal.

Where should I head for historical Valencia?

Valencia is a large and sprawling city. So if you have a limited amount of time and would like to soak up some of the history of the city, it is best to head to the old town - El Carmen. This area is the home of important historical buildings including Valencia Cathedral , the Mercado Central and the government buildings. To get a feel of what it is like to walk around El Carmen, see our Photo Route of Valencia Old Town.

If you want to learn in-depth about the history of the old town, you could consider taking one of the walking tours. For details of the different options and how to book them, see our Guided Tours of Valencia page.

Valencia has a rich and interesting history. During your visit, it is worth learning what you can about the city. You will be amazed at what you might find out.

Back To The Top Of The Page